On March 10, 2020, Finance Minister Ernie L. Steeves tabled New Brunswick’s 2020-21 budget. The Progressive Conservative minority government hopes to receive enough support for its budget in a confidence vote later this month, which could potentially result in an election if the budget is voted down.The budget projects a $92.4 million surplus in 2020-21 and sees the province’s net debt decrease further.

The estimates provided in Budget 2020 show that the province projects a surplus of $97.7 million for the 2019-20 fiscal year, an improvement of $74.6 million over the $23.1 million surplus projected for the same fiscal year in the previous budget.

From a fiscal perspective, the province projects surpluses over the next four years as follows: 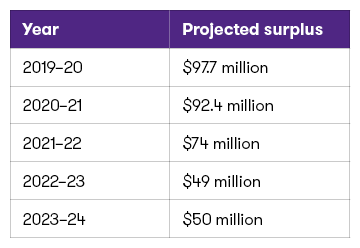 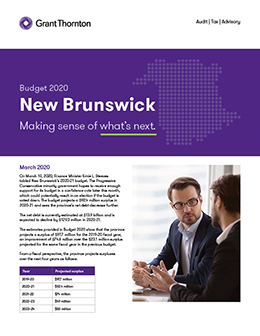