The budget projects a $23.1 million surplus in 2019-20 and sees the province’s net debt decrease for the first time in 13 years.

The estimates provided in Budget 2019 show that the province projects a surplus of $4.5 million for the 2018-19 fiscal year, rather than the $188.7 million deficit projected for the same fiscal year in the previous budget. 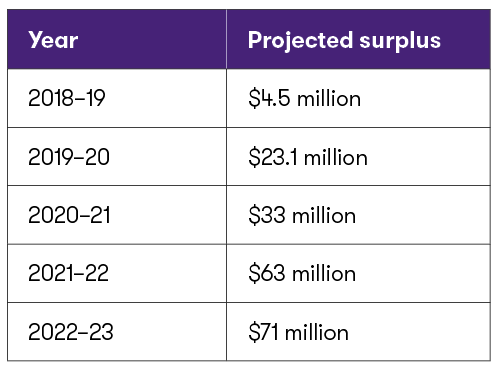 New Brunswick’s corporate tax rates for 2019 are summarized as follows:

The budget indicates that the government will maintain the current rules for the New Brunswick small business corporate income tax rate and will not parallel the federal measures around passive income, which phase out access to the small business tax rate. This makes New Brunswick the second province to deviate from the federal government on these rules, after Ontario.

The rejection of this federal rule at the provincial level means that the small business limit in New Brunswick ($500,000) will not be reduced by any passive investment income earned in the corporation. Therefore, if passive income is high enough to fully eliminate the small business deduction at the federal level, it would result in a 15% federal corporate rate; however, the provincial tax rate would be unaffected and would remain at 2.5%. Overall, this would result in a combined tax rate of 17.5%.

The top combined federal New Brunswick marginal tax rates for 2019 are as follows: 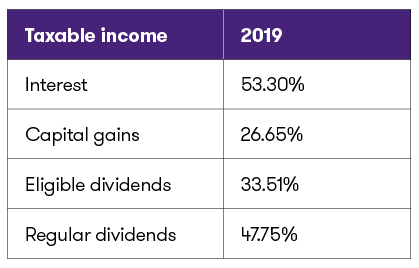 Making sense of what's next. 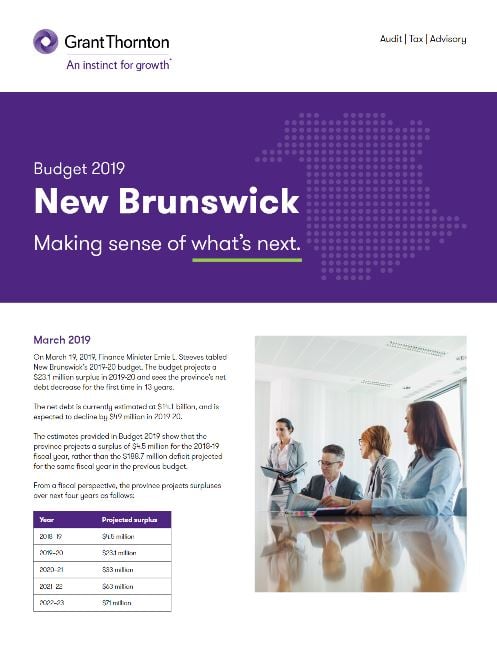 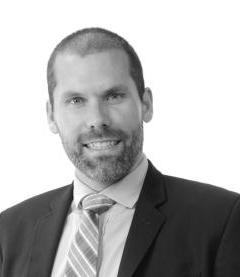