Impact of Biden’s US tax reform north of the border

Almost four years ago the Tax Cuts & Jobs Act (“TCJA”) was signed into law, significantly overhauling the US tax system for the first time in 30 years. Since then, Canadian businesses have worked to understand the impact of these monumental changes on their operations south of the border.

Since the TCJA, the world itself has changed significantly:

On September 15th the House tax writers released a first cut of tax legislation that proposes more than $2 trillion in tax increases offset by more than $1.2 trillion in proposed tax cuts. In short, the first cut of legislation would provide tax breaks for Americans by increasing the amount of taxes paid by the wealthiest Americans and corporations. Although this tax proposal is nowhere near what will become final law, it does shed some light on what some of the proposed US tax changes may be.

What impact will these changes have on Canadian businesses?

Although final legislation will have a broad impact on international taxation, there are four key points Canadian-based businesses with US operations should closely monitor.

The current US tax rate is 21%, with most US corporations paying combined federal and state taxes ranging from 21% to 25%. These rates are lower than the Canadian corporate tax rate, resulting in many Canadian businesses expanding and shifting more activities into the US by examining transfer pricing policies.

The current bill would introduce 3 tax brackets: 18%, 21% and 26.5%. The top bracket of 26.5% would apply to corporations with income in excess of $5 million. Canadian businesses may or may not be disadvantaged by these changes depending on a taxpayer’s level of US activities and income. Canadian businesses with significant US operations should consider the impact a tax increase may have on their global tax rate, repatriation strategies and transfer pricing policies.

2. The FDII deduction survives - for now

The TCJA introduced a tax deduction that reduced a US corporation’s overall tax rate on exports and other income from foreign sources from 21% to 13%. Although President Biden initially indicated that he planned to repeal the FDII deduction, the current bill merely modifies the FDII deduction available to taxpayers with a reduction in the total FDII benefit available to taxpayers. Assuming a 26.5% tax rate, a taxpayer’s tax rate on FDII eligible income would be 20.7% under the current bill.

At 20.7%, a FDII deduction would still result in significant tax savings for Canadian taxpayers that have, or have shifted, foreign income into the US from Canada since most Canadian taxpayers pay 26% or more on their corporate tax profits. There is still some hope that this tax break will not be repealed, but Canadian businesses should monitor this through the legislative process since Democrats are not fans of this tax incentive.

The Biden Administration originally proposed the elimination of BEAT (Base Erosion and Anti-Abuse) and its replacement with SHIELD (Stopping Harmful Inversions and Ending Low Tax Developments) which included a global minimum tax in line with the OECD proposals. This bill does not eliminate BEAT but makes modifications to its scope to conform more closely with OECD principles. Notably, payments made to related parties that are subject to US tax, as well as payments to foreign parties that are subject to foreign taxes at tax rates greater than the BEAT rate, can be excluded from the BEAT provisions.  These changes, although in line with OECD principles, are less significant than initially proposed where taxpayers would lose the benefit of deductions for payments made to related parties in a low tax jurisdiction. Large Canadian businesses would likely benefit from some modelling with respect to their intercompany payments to determine how these changes would impact their overall US tax bill.

The House also proposes a new limit on interest deductions for domestic corporations that are members of a multinational group that have annual interest expenses exceeding $12 million. The US taxpayer would only be able to deduct its “allowable percentage” of the group’s total net interest expense under the proposals. This “allowable percentage” would be based on the US taxpayer’s earnings in comparison to consolidated earnings.

The denied interest expense under this new rule, as well as the current interest expense limitation provisions of Section 163(j), would also only be available for carryover for future deduction for five tax years. Currently, interest expenses that are denied deduction carryover indefinitely. This change in deduction limitation and carryover may result in Canadian businesses losing deductions for payments made to Canada and other jurisdictions where taxes are paid on the corresponding interest income. As such, Canadian businesses with US operations will want examine planning options to ensure deductions aren’t lost.

It’s likely that these proposals will be modified, changed or removed from the final tax bill that will ultimately become law as the legislation works its way through both the House and the Senate before landing on President Biden’s desk for signature. Taxpayers should monitor the legislative process to see what changes might be in store. Learn more about the house tax bill in our article.

Continue to visit our US tax page for the latest developments and their impact for Canadian businesses. 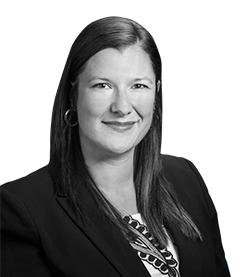