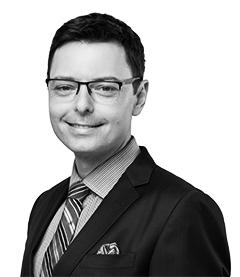 I’ve been engaged as a financial advisor to assist companies with turnaround plans as well as by lenders to perform viability reviews or act as a receiver. Additionally, I’ve acted as a financial advisor to creditors in several high-profile Canadian restructurings, having used different approaches in these mandates including informal restructurings, receiverships, bankruptcies, proposals and CCAA plans of arrangement. A self-professed “Excel geek,” my expertise in financial modelling is strong and has been relied upon by both solvent and insolvent companies to forecast their future cash flows, often in support of a request for financing, mediation or turnaround.

I graduated in the top 10 percent of my class at the Smith School of Business at Queen’s University. After earning my CPA, CA designation, I worked at an Internet start-up listed on the TSX and later as a Financial Manager at a large Canadian construction firm. Overall, I have 14 years of experience in restructuring and received my CIRP designation in 2011.

I also serve on the Board of the Toronto chapter of the Turnaround Management Association (TMA). Recently, I assisted the Yellow Brick House, a women’s shelter operating in York Region, with their application and successful nomination to win the TMA’s spring gala award. This resulted in a significant donation for this fantastic organization.

Outside of work, I love spending time with my two young daughters. I also enjoy cycling, downhill skiing, travelling and have an interest in green energy and electric vehicles.