In his decision rendered at the Tax Court of Canada in favour of the taxpayer in Cameco Corporation v. The Queen, Justice John R. Owen rejected the audit positions relied on by the Minister and dealt a serious blow to the Canada Revenue Agency’s (CRA) efforts to use the 2017 edition of the OECD’s Transfer Pricing Guidelines to curb the base erosion and profit shifting (BEPS) activities of multinationals.

At issue in these proceedings were the transfer prices used by Cameco’s mining operations in Canada (Cameco Canada) during its 2003, 2005 and 2006 taxation years for uranium sold to Cameco Europe S.A. (CESA), a Luxembourg subsidiary with a Swiss branch that was later transferred to a Swiss subsidiary, Cameco Europe AG (SA, Ltd.) (CEL) (collectively, CESA/CEL).

In rejecting the Minister’s positions, Justice Owen concluded that: 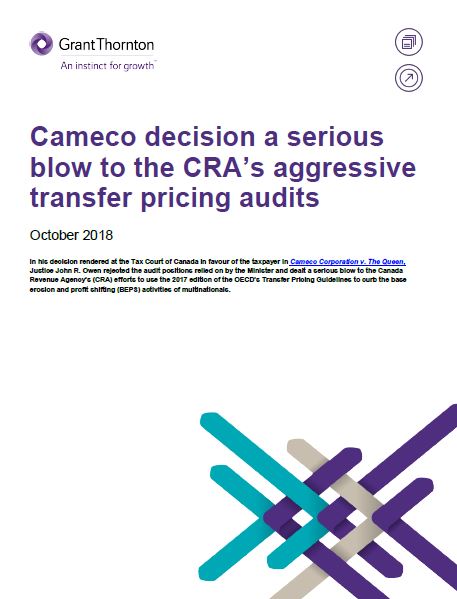