Canadians have returned the Liberal government to Ottawa, though with new limits on that government’s authority. Businesses, consumers and families may find new opportunities— as well as a few new risks—as the government seeks to enact budgetary, tax and environmental policies that can bridge regional and political divisions.

SOURCE: The Globe and Mail. https://www.theglobeandmail.com/politics/article-federal-election-2019-results-trudeau-liberal-minority-explainer/

Canada’s 2019 federal election has concluded, ballots have been counted and the Liberal party will be returning to Ottawa to form government, although this time without a majority in Parliament.

After a 40-day campaign, the election results answer some key questions, but also raise new questions and uncertainties stemming from regional and political divisions:

Prior to the election, Grant Thornton released a summary of the major party platforms with a particular focus on tax and business-related items. Today we are revisiting our comparison to consider what policy changes we might expect now that the election results are in, and what those policy changes might mean for Canadians. The focus of this analysis will be on key policy proposals through the following lenses: 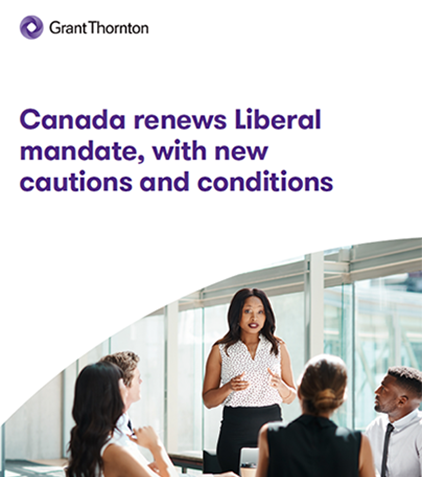