The CRA guidance includes commentary in the following areas:

Canada’s tax system is residency-based in that residents of Canada are subject to tax on their worldwide income.  Whether a taxpayer, be it individual, corporation or otherwise, is considered a resident of Canada is a question of fact based on common law principles.

Generally, an individual’s residency for tax purposes is based on the residential ties with Canada.  In addition, Canadian tax law may deem any individual who sojourns in Canada (i.e., remains in Canada on a temporary basis) for 183 days or more in a calendar year to also be deemed a resident of Canada throughout the year.

Corporations are generally considered resident where they are managed and controlled.  Typically, this could be the country of incorporation. However, a corporation incorporated outside of Canada may be deemed resident in Canada if its “central management and control” is exercised in Canada.  The location of the board of director meetings is the most common key indicator of where the “central management and control” resides.[2]

Due to travel restrictions, directors of such corporations may participate in board meetings while physically present in Canada and this could potentially cause the corporation to be considered a resident in Canada. Actively engaging in such management in Canada could result in the corporation being considered resident in both Canada and the other country.  For those countries with which Canada has an income tax treaty, residency tie-breaker rules exist to deal with these dual residency issues.  While some income tax treaties look to place of incorporation as a tie-breaker, others look to a facts and circumstances determination ultimately resolved by competent authority.

To address the potential impact on corporate residency caused by the travel restrictions, the CRA has provided the following direction:

Carrying on business in Canada and permanent establishment

Generally, a PE includes a fixed place of business, such as an office, warehouse, branch, factory among other fixed locations. A PE, however, may also include the presence of employees or other dependent agents who have habitually exercised the authority to conclude contracts in the name of the non-resident. To address these issues, the CRA has stated that it will not consider a non-resident entity that is otherwise resident in a treaty country to have a PE in Canada if, solely due to the travel restrictions, its employees or dependent agents must perform their employment duties or conclude contracts in Canada.  CRA’s concession in this regard is limited to the period to which travel restrictions are in place. Activities outside the travel restriction period are not included within the concession.  That said, the non-resident entity will still be required to file a treaty-based return reporting the Canadian activity.

Under the Canada-U.S. Income Tax Treaty, a “services PE” may exist where an individual is present for 183 days or more in rolling 12 month period.[4]  If such presence is predicated on COVID-19 travel restrictions, the CRA has stated that those days will not be counted as part of the total 183 day period.

For non-resident entities carrying on a business in Canada that are resident in a non-treaty country, if a PE would only be established due to the travel restrictions, the CRA will consider this administrative relief on a case-by-case basis.

The CRA has stated that any days in which a non-resident individual remains working in Canada solely due to the travel restrictions will not count towards the aggregate 183-day test outlined in the second point above.

Due to the travel restrictions, Canadian residents who would normally perform their duties of employment outside of Canada may be required to temporarily perform these duties in Canada. This could potentially affect the withholding obligations of the non-resident employer since the employee’s tax liability may be affected.

The CRA has stated that where the Canadian resident is required to perform their duties of employment in Canada on a temporary basis due to the travel restrictions, and the employee is in receipt of a letter of authority for the tax year that includes that period,[6] the letter of authority will continue to apply to reduce the withholding obligations of the non-resident employer, provided the non-resident’s withholding obligations do not change in the country in which it is resident.

Waiver requests: Payments to non-residents for services provided in Canada

Generally, non-residents are subject to employment withholding obligations in respect of employees working in Canada[7].  While the employee may be exempt from taxation under the treaty, the employer is still obligated to withhold as withholding agent.  Such withholding does not carry a minimum threshold and can apply on as little as a single day.

Also, any person that pays a non-resident for services performed in Canada is obligated to withhold 15% as a pre-installment of tax.[8]

In both instances, it is possible to obtain a waiver of this withholding requirement through application to the CRA provided the application is submitted in advance of the travel to Canada and or the provision of services in Canada.

Due to the pandemic, processing times of these waiver requests have been longer than usual. To address this issue, the CRA is temporarily allowing waiver requests to be submitted electronically. Furthermore, the CRA has stated that, where a waiver request was submitted and the CRA has not been able to process the request within 30 days, they will not assess a person who fails to deduct, withhold or remit the required withholding as requested under the waiver, provided the sole reason was due to delays caused by the pandemic. That said, the non-resident must comply with all the Canadian reporting obligations that would otherwise apply in respect of the Canadian services.

The CRA may also grant the same relief where a waiver request could not be submitted due to travel restrictions or other COVID-19-related reasons. These will be assessed on a case-by-case basis.

Similar to the above, the CRA is also currently delayed in processing Section 116 certificates.   By way of background, Section 116 certificates are used as a means of addressing withholding obligations in respect of dispositions of taxable Canadian property (“TCP”).[9]   That is, on disposition of TCP by a non-resident, the purchaser must withhold and remit up to 25% of the gross proceeds as a pre-installment of tax on behalf of the vendor.  The non-resident vendor may reduce the withholding by submitting to the CRA at any time in advance of, or within 10 days after, the disposition a clearance request providing details of the property and security by way of payment of either 25 percent of the gain or an acceptable amount as security, as a prepayment of the tax on the gain.  Once clearance has been provided, the CRA will issue section the 116 certificate to both the vendor and purchaser.  In absence of receiving the section 116 certificate, the purchaser must remit the withholding to the CRA within 30 days of the end of the month that the property is purchased.

As consequence of the pandemic, there could be delays on behalf of the CRA in issuing these certificates. To address the issue, the CRA has stated that, in the event that a section 116 clearance certificate has been requested and has not been issued within the 30-day deadline for which tax would be due, either the purchaser or vendor can request a comfort letter, which will allow the parties to retain the funds withheld until the CRA completes their review and requests that the tax be remitted.  Further, provided the tax is remitted when requested, the CRA will not assess penalties and interest on the amount.

[2] Although the location of board meetings is often seen as the primary factor in determining central management and control, it should be noted that it is not the only factor and that other factors could impact this determination.

[3] This tie-breaking rule in Article IV(3) of the Canada-US Tax Convention states that where a company is resident of both Canada and the US, “if it is created under the laws in force” in one country but not the other, it will be considered resident in the country where it was created. For a corporation, this would refer to the country in which it is incorporated.

[4] A services PE under the Canada-US Tax Convention is generally defined as including an individual who is present for 183 days or more in a 12-month period and more than 50 percent of the gross active business revenues of the enterprise are derived from those services and a taxpayer that provides services in Canada for an aggregate of 183 days or more in any 12-month period on a contract, or connected series of contracts, for customers who are either resident in, or maintain a PE in, that treaty country.

[5] This letter of authority allows the employer to factor in the foreign tax credit the employee would be entitled to on their foreign tax liability to reduce the amount required to be withheld by the non-resident employer.

[6] A separate letter of authority must be obtained for each tax year.

[7] Regulation 102 requires an employer to withhold tax on amounts paid to a non-resident employee or an officer with respect to employment performed in Canada.

[8] Regulation 105 requires all persons, which can include Canadian residents and non-residents to withhold 15% of any payment made in respect of services that are physically provided in Canada. 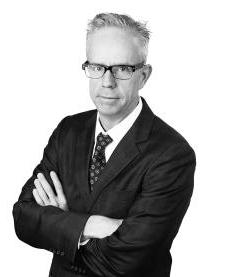