On August 27, 2020, the Tax Court of Canada ruled in favor of AgraCity Ltd (“AgraCity Canada”) in a transfer pricing dispute with the Canadian Revenue Agency (“CRA”) over profits generated by a Barbados affiliate from the sale of herbicide in Canada.

This is a rare decision in Canadian tax law. Since section 247 of the Income Tax Act (ITA) took effect in 1998, there have been only 10 other cases focused upon transfer pricing rules. Here are some highlights from the decision, with a more detailed technical analysis of AgraCity Ltd v. The Queen to follow.

AgraCity Canada is part of Farmers of North America (“FNA”), described as “a business alliance of farmers from across Canada and parts of the United States designed to change how markets function in order to increase farmer profitability.”

In 2005, FNA established NewAgco Inc. (“NewAgco US”) in the state of Delaware to act as a distributor of ClearOut, a glyphosate-based herbicide. The product was purchased by NewAgco US from a third-party US supplier and sold directly to Canadian FNA members pursuant to the Own User Import (“OUI”) program administered by Canada’s Pest Management Regulatory Agency. The OUI program was established to allow Canadian users to import designated pesticides themselves for their own use, but prohibited anyone from offering ClearOut for sale in Canada or selling it in Canada.

In March 2006, NewAgco Inc. (“NewAgco Barbados”) was incorporated to take on the role NewAgco US had until then carried on. NewAgco US’ orders from FNA members in the fall of 2005 for spring 2006, and its ClearOut inventory and rights, were transferred to NewAgco Barbados.

NewAgco Barbados also entered into an exclusive supply agreement with the US third-party supplier of ClearOut, and a services agreement with AgraCity Canada for AgraCity Canada’s “promotion, invoicing, collection of receivables, payment of supplier invoices, bookkeeping services, logistics, border services, reporting, and any other services agreed to from time to time.” AgraCity Canada was paid approximately two million dollars of service fees in the years in question. NewAgco Barbados otherwise recognized all of the profits associated with the purchase and sale of ClearOut from the supplier to FNA members.

CRA Position: The profits belonged only to one entity – AgraCity Canada

AgraCity Canada was reassessed for its 2007 and 2008 taxation years (ended March 31st) for an amount equal to 100% of NewAgco Barbados’ profits during those years.

CRA’s primary position was that the services agreement between AgraCity Canada and NewAgco Barbados represented a sham, based on the assumption that NewAgco Barbados did not perform any functions in the context of the transactions (and so provided no value to which profits should be attributed).

CRA’s alternative position was that the provisions as stated in paragraphs 247(2)(b) and (d) of the ITA permit the recharacterization of the transactions because arm’s length parties, unlike AgraCity Canada, would not have allowed NewAgco Barbados to be part of the transactions or to make any of the profits.

The final argument advanced by the CRA was that the provisions as stated in paragraphs 247(2)(a) and (c) of the ITA applied and the services agreement should be repriced.

CRA’s expert witness, Mr. Olivier Rodgerson, performed a ‘functional analysis’ (a conceptual framework described in the OECD Transfer Pricing Guidelines for Multinational Enterprises and Tax Administrations (OECD Guidelines)), and argued that “the value created by the parties to the transactions did not align with what was credited to AgraCity Canada and NewAgco Barbados.” His expert opinion was that “100% of the net sales profits realized from the ClearOut sales by NewAgco Barbados to FNA members should have been AgraCity Canada’s and none of those profits would have been NewAgco Barbados’s had they been dealing at arm’s length.”

Court ruling: CRA’s evidence did not support intent to deceive, recharacterization, or repricing

Justice Boyle dismissed the CRA’s primary position, ruling the evidence fell “far short” in establishing enough evidence to show the Barbados arrangement was a sham. Specifically, the CRA failed to show that AgraCity Canada and NewAgco Barbados represented to anyone their legal rights and obligations were different than what they knew or understood them to be, or they sought to deceive anyone about their purpose or intention or reasons for entering into any of the transactions.

Similarly, the court dismissed the CRA’s secondary Section 247 2(b)/(d) recharacterization position due to lack of evidence.

Changes to Section 247 Ahead?

Although the provision was not explored in detail, AgraCity marks another example of how difficult it may be for CRA to apply the recharacterization provisions under Section 247(2)(b)/(d) of the ITA.

Prior to the ruling, Ted Gallivan, assistant commissioner of CRA’s International, Large business and Investigations branch, had already intimated that unless CRA gets a better result in the Supreme Court in cases such as Cameco (for which the period for applying for leave to the Supreme Court expires on November 12, 2020) and other decisions (presumably Alta Energy), then amendments to the Income Tax Act’s transfer pricing rules would be sought.[1]

The decision in AgraCity provides important insights, most notably related to the concepts of functional analysis, economic substance, and the reconciliation of Canadian jurisprudence with global OECD Guidelines. Grant Thornton’s detailed technical analysis of AgraCity to follow.

[1] Canadian tax interpretations and transactional implications. CRA intimates that it is looking to get Cameco/Alta Energy reversed one way or the other. August 25, 2020. Retrieved from [https://taxinterpretations.com/content/603389#]. 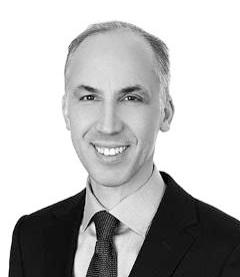