The government forecasts strong revenue growth in 2019-20 with a projected increase of $782 million, or 5.5% from last year.

The government has achieved its goal to balance the province’s budget and projects a $34.4 million surplus for 2019-20, which is $28 million more than the surplus projected for the same fiscal year in the previous budget. 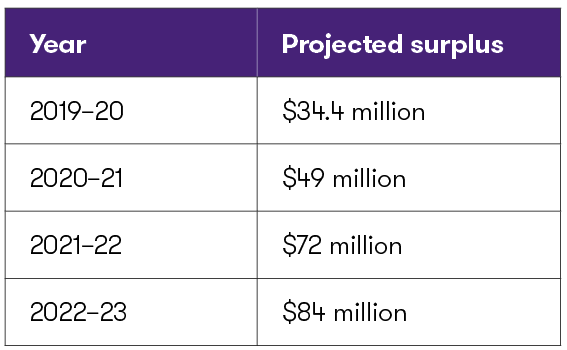 No changes to the corporate tax rates, or the $600,000 small business limit, are proposed.

Saskatchewan’s corporate tax rates for 2019 are summarized as follows: 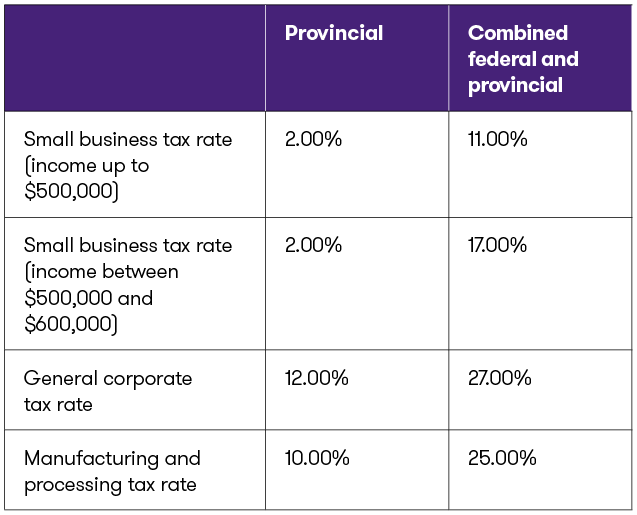 The province currently imposes a royalty on potash extracted from Crown lands and a potash production tax (PPT) on all potash produced in the province. The PPT consists of a base payment component, which is a flat rate payment per tonnes of sales, and a profit tax component.

Under the current regime, the base payment can be reduced by the amount of Crown and freehold royalties paid and the amount of the Saskatchewan Resource Credit (0.75% of the value of potash sales).

To simplify the current PPT regime and bring in more tax revenue, effective April 1, 2019, the Saskatchewan Resource Credit, as well as the Crown and freehold royalty deductions against the base payment, will be eliminated.

The top combined federal Saskatchewan marginal tax rates for 2019 are as follows: 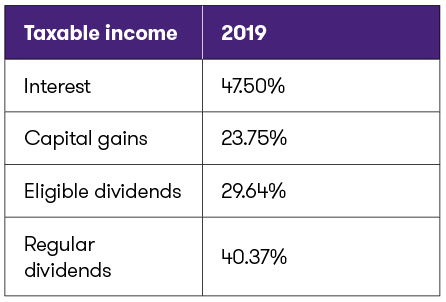 Budget 2019 introduces new non-refundable tax credits for volunteer firefighters and volunteer emergency medical first responders. Beginning with the 2020 taxation year, individuals performing at least 200 hours of eligible volunteer services in a year will be able to claim a $3,000 tax credit on their personal tax returns. Individuals who also provide services as a regular employee of the organization will not be eligible for the credits, and individuals who receive honoraria for their service may claim either the income exemption or the tax credit, but not both.

Budget 2019 proposes no changes to the current provincial sales tax (PST) rate of 6% and the taxability of any goods and services subject to the PST.

Making sense of what's next 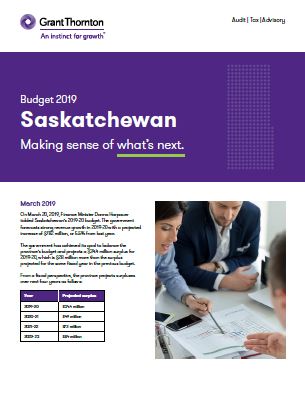